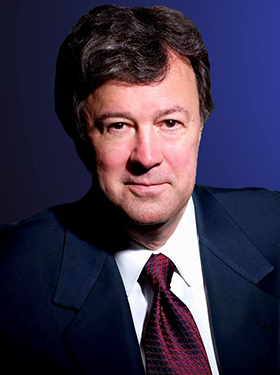 John C. Goodman is one of the nation’s leading thinkers on health policy. The Wall Street Journal calls Dr Goodman “the father of Health Savings Accounts.” Modern Healthcare says he is one of four people who have most influenced the changes shaping our health care system.

Dr Goodman is the author of nine books, including Priceless: Curing the Healthcare Crisis; Leaving Women Behind: Modern Families, Outdated Laws (with Kimberley Strassel); and Patient Power (with Gerald Musgrave), the condensed version of which sold more than 300,000 copies and is credited with playing a pivotal role in the defeat of Hillary Clinton’s health reform.

He has authored numerous editorials in The Wall Street Journal, USA Today, Investor’s Business Daily, Los Angeles Times, and many others.

Dr Goodman regularly appears on television, including CNN, CNBC and the Fox News Channel. He appeared on many William F. Buckley Jr. Firing Line shows, and was Mr Buckley’s debating partner on a number of two-hour prime time debates – including such topics as the flat tax, welfare reform and Social Security privatization.

He regularly briefs members of Congress on economic policy and frequently testifies before congressional committees. He is author or co-author of more than 50 published studies on such topics as health policy, tax reform and school choice. Dr Goodman has an active speaking schedule and has addressed more than 100 different organizations on public policy issues.

He received the prestigious Duncan Black award in 1988 for the best scholarly article on public choice economics.