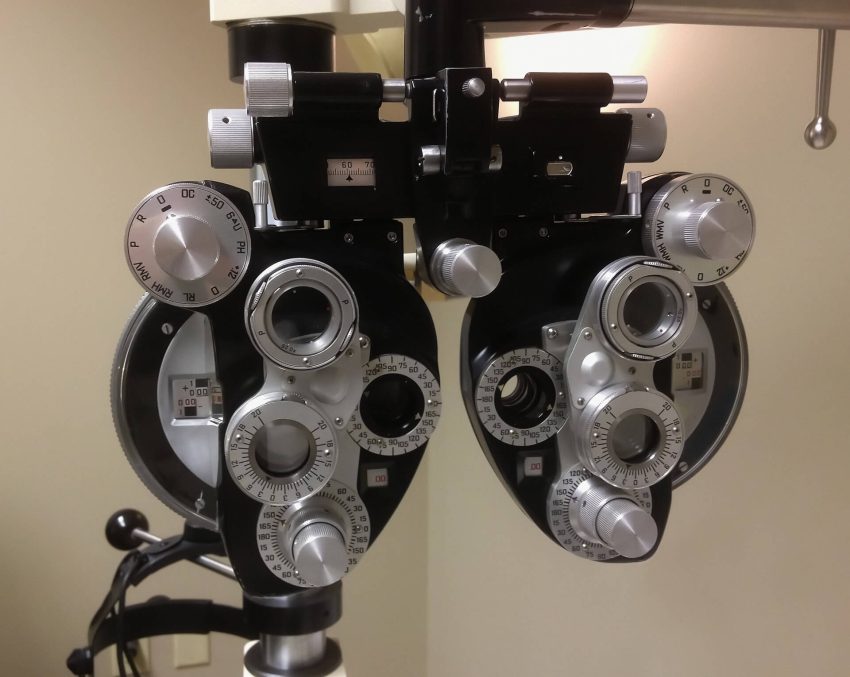 About the time I reached 40-years of age many of my peers began having trouble with their arms being too short or the print on newspapers being too small. Often it was both. I didn’t have the same problem but about 10 years ago I realized I couldn’t read highway signs that were blocks ahead. I went to an optometrist for an eye exam and he wrote me a prescription for eyeglasses. In the past 10 years I’ve seen an optometrist four times and each time the prescription had not changed.

Here’s the deal. If I break a pair of glasses that worked perfectly and it’s been more than a year since my eye exam, I am required to get an eye exam in order to replace my glasses. This happened to me once when my glasses fell between my car seat and broke when I adjusted the seat. Although my optometrist told me he didn’t expect my vision would change for 10 years, the law still requires me to have a valid prescription even if I’m only needing an extra pair of glasses. It varies by state. Some states allow prescriptions to be valid for longer than a year.

At The Atlantic, Yascha Mounk had a similar experience when he lost his eyeglasses in the Connecticut River while kayaking. Lacking a spare pair of glasses and a current prescription, he was reduced to wearing a prescription pair of sunglasses until he could get an optometrist appointment.

The local optometrists did not have open slots for an eye exam. Since the United States requires patients to have a current doctor’s prescription to buy eyewear, I was stuck. In the end, I had to wear my flowery prescription sunglasses—in offices and libraries, inside restaurants and aboard planes—for several days.

However, it doesn’t have to be that way.

Then I went to Lima, Peru, to give a talk. There, I found a storefront optician, told a clerk my strength, and purchased a few months’ worth of contact lenses. Though my Spanish is rudimentary, the transaction took about 10 minutes.

Yascha Mounk has lived in numerous countries before moving to the United States, including Germany, France, Britain and Italy. In all of those countries it is far easier to get eyeglasses and contacts than in the U.S. You merely walk into a optical shop and they will often give you a quick eye exam for free. If you already know your prescription they will dispense the eyeglasses without an exam. Why does America, the Land of the Free, Home of the Brave have stricter standards than other developed countries?

The standard argument in favor of the American status quo is that impaired vision may point to serious health problems that a new pair of glasses will neither treat nor heal. Compelling Americans to see an optometrist helps to ensure that the largest possible number of cases of progressive eye diseases will be caught at an early stage.

The American Optometric Association (AOA) claims that that nearly one-fourth of the world population has a vision impairment and only half of those have sought help. Yet, considering many Americans have trouble accessing eye exams due to the cost, is requiring eye exams more beneficial than the ability of Americans to easily to access eye wear? Or perhaps what happens is Americans just don’t buy new glasses because they cannot easily get a quick and easy eye exam without a $150 office visit to an optometrist.

One possible reason for such strict vision-wear rules is that many people have a financial interest in this burdensome system. If Americans no longer needed to book appointments with optometrists to buy glasses or contacts, many optometrists would see their salaries cut, and some might go out of business altogether.

Bingo. That’s why dentists in North Carolina tried to prevent teeth whitening at mall kiosks by non-dentists. That’s why physicians fought against direct access to physical therapists in Texas and elsewhere. That’s why funeral homes fought retail access to caskets by non-morticians.

Yascha Mounk wrote about two laws passed in 1997 and 2003 that require optometrists to provide a patients with a copy of the prescription even if the patient doesn’t ask for it. He notes that the AOA also strongly opposed laws that prevented optometrists from holding your prescription hostage, requiring you to buy their high-priced eyeglasses.

Adding to the frustration the U.S. Food and Drug Administration sided with providers when tech firms wanted to offer online eye exams. In 2017 Opternative was issued a warning letter after it began offering eye exams over the Internet. Online exams were stalled for a few years but are now legal in 37 states for a limited range of ages. Generally adults age 18 to 55.

1 thought on “Are Eyeglasses Held Hostage to Enrich Optometrists?”