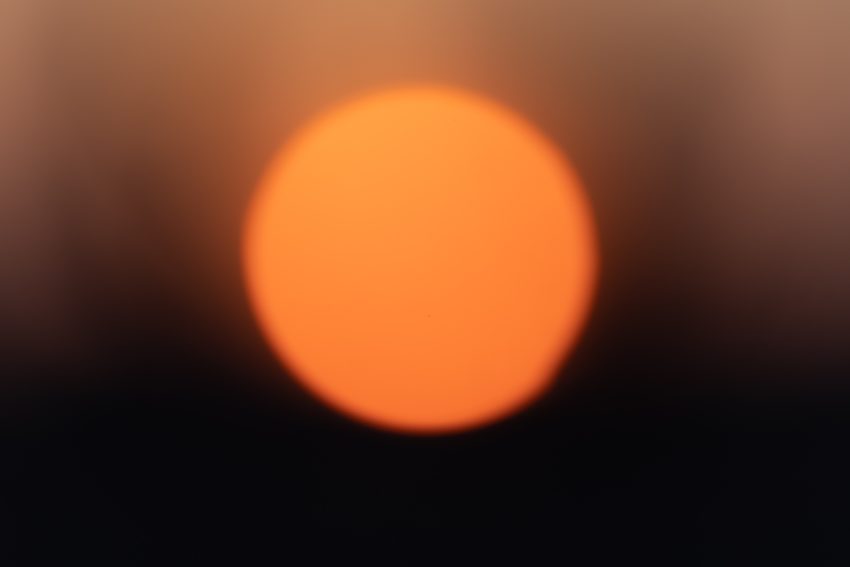 This summer’s heat wave is scorching Texas and much of the United States. It has also led to record temperatures in places like the United Kingdom where it reached 104 degrees in July. The UK is currently bracing up for another week of hot weather. Temperatures have been high across Europe. Paris is currently frying which is not uncommon in July and August.

Heat can kill. For instance, 2003 was the hottest summer on record in Europe since the summer of 1540. In the summer of 2003 an estimated 15,000 people died in France, while 70,000 total died across Europe. Many of these were the elderly shut in their homes or nursing homes who couldn’t escape the heat. People are dying in Europe this summer as well. This was written three weeks ago so the death toll has undoubtedly gotten worse:

In recent days, extreme heat has scorched much of Western Europe, kindling wildfires in France, Greece and Italy and causing the deaths of more than 1,000 people in Portugal alone.

In mid-June an early heatwave in Kansas is credited with killing thousands of cattle who died from heat-related stress.

Yet, Europeans have not embraced air conditioning like the United States, Japan or even China. By comparison, about 90% of homes in the U.S. have a cooling system compared to just 10% of households in Europe according to one report. I read in the Washington Post it’s less than 5% in the UK and France and 3% in Germany.

Why have Europeans shunned air conditioning? There are many reasons, some practical, some due to cost, some due to architecture while some is due to geography. Culture is also to blame but that is probably a function of the aforementioned factors. For instance, it’s not easy to retrofit A/C units to buildings not designed for them. Many of the apartment buildings in Europe are more than 50 years old and mini-split A/C units don’t always blend in with the architecture.

Politics also plays a role whether people cool their homes mechanically. New building codes in the United Kingdom, for example, limit mechanical cooling as the last resort. Window surfaces are limited and blinds shading windows from the afternoon sun are required along with a few other regulations to help reduce heat. In Spain, Greece and Italy, public buildings are to cool their facilities no lower than 80 degrees. In France there is a 20% tax on A/C units, compared to only 5% on heating units.

Europeans are prone to cite climate change and the environment as a primary factor why they won’t install air conditioners. Not everyone  agrees that is the real reason though.

“When the French can’t pay for something, they’ll find 10,000 excuses,” counters Gilles Bourquin, who runs the A/C company his father started in 1967, Clim Denfert. “They have it in the car, they have it in the office,” he notes, and yet, “air conditioning is considered a luxury product.”

Although there are many factors that make air conditioning less prevalent in Europe, the bottom line is most cannot afford it due to public policies that discourage it. Indeed, air conditioning is a luxury product. Electric rates tend to run double or triple the rates in the U.S. due to green energy initiatives and restrictions on cheap energy. In July my electric bill was $595 due to the excessive heat. If it were double or triple that amount I’d have to find other alternatives. I was in Costa Rica several years ago where electric rates were triple what I paid in Texas. The nicer rental homes had ductless mini-split A/C units but only in a bedroom or two. We could escape the heat for a quick reprieve in the bedroom if the heat got unbearable. In Costa Rica it wasn’t the heat that killed us, it was the humidity. I saw the same types of mini-split units on balconies when I was in Barcelona in 2003. It seems in much of the world, air conditioning is for a room, not a whole apartment or house if used at all. There is also social pressure. Society, backed up by government regulations, wants to limit the energy used to cool personal spaces. Offices have air conditioning, as do shopping centers and movie theaters. Collectively if Parisians want a reprieve from the August heat, they can seek out a public space. Yet, they are discouraged by public policy from cooling their private spaces.

1 thought on “Is Government to Blame for Europe’s Lack of Air Conditioning?”