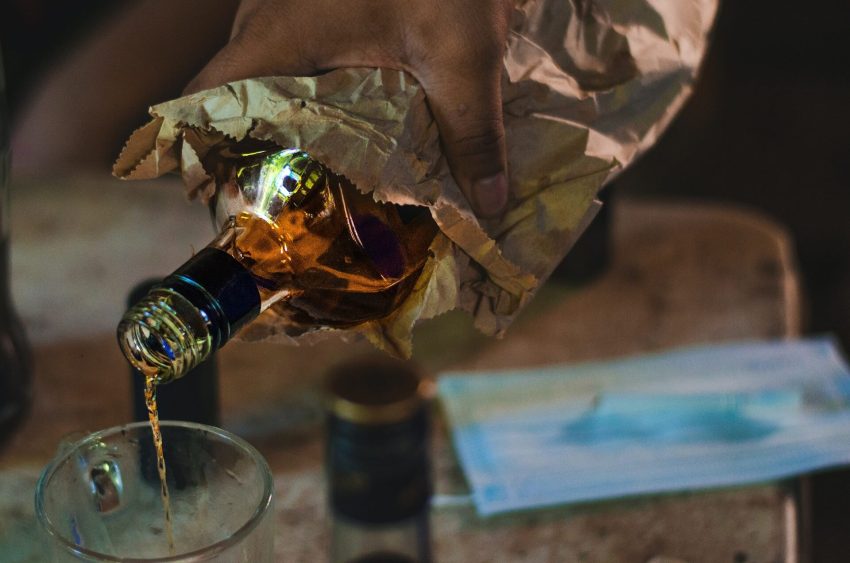 Alcohol abuse kills around 95,000 people in the United States every year, according to the Centers for Disease Control. Moreover, alcohol abuse shortens lives by an average 26 years. A new clinical trial tested psilocybin, the psychedelic compound in magic mushrooms, as a treatment for alcohol misuse disorder. Psilocybin was administered alongside behavior counseling:

The research, published Wednesday in the JAMA Psychiatry and conducted by scientists at New York University, found that those given psilocybin-assisted therapy reduced heavy drinking by 83%, compared with a 51% reduction among those who received antihistamine placebo. Heavy drinking was defined as days with four or more drinks for women, or five or more drinks for men.

Eight months after the first psilocybin dose, close to half (48%) of those who had psilocybin stopped drinking altogether, twice as many as the 24% in the placebo group. The trial was double-blinded and relatively large for a psychedelics study, with 93 participants.

These results are promising according to a summary written in Stat News. There aren’t many other options to treat alcoholism.

Only three conventional drugs — disulfiram, naltrexone and acamprosate — are approved to treat alcohol use disorder and there’s been no new drug approvals in nearly 20 years.

While it’s not known exactly how psilocybin works in the brain, researchers believe it increases connections and, at least temporarily, changes the way the brain organizes itself.

More research is needed and the addition of talk therapy helped both the control and the treatment group. There are no estimates whether or when psilocybin could become an approved treatment for alcohol misuse disorder.