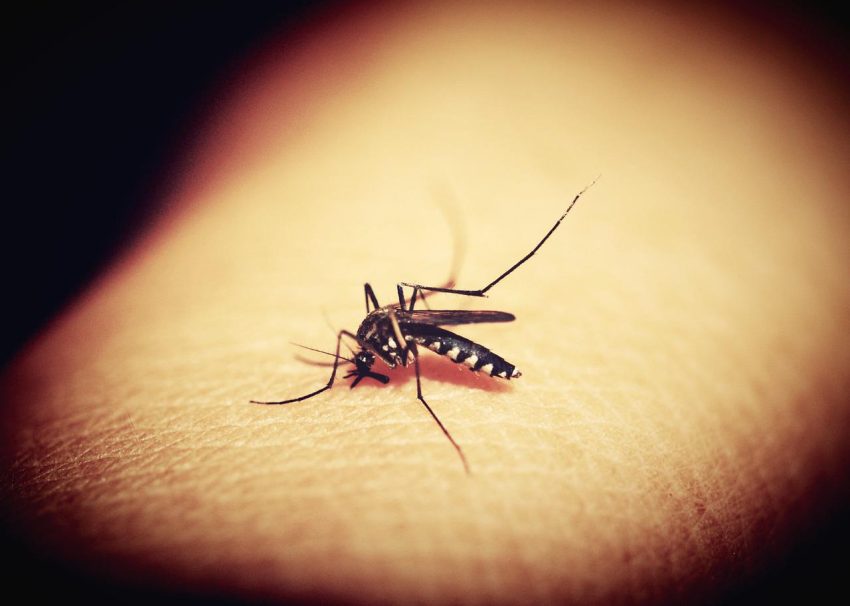 An article in The Atlantic delivers some bad news. The damage done by mosquitoes is immense and they’re not easy to stop.

The insects’ infatuation with us is costly: By way of the many, many deadly pathogens they carry, mosquitoes kill more people than any other animal on Earth does (except, well, us).

It turns out that mosquitoes are complex creatures that track us in numerous ways.

Nothing gets a female mosquito going quite like the stench of human BO. The chase can begin from more than 100 feet away, with a plume of breath that wafts carbon dioxide onto the nubby sensory organ atop the insect’s mouth. Her senses snared, she flies person-ward, until her antennae start to buzz with the pungent perfume of skin. Lured closer still, she homes in on her host’s body heat, then touches down on a landing pad of flesh that she can taste with her legs. She punctures her victim with her spear-like stylet and slurps the iron-rich blood within.

Even aggressive genetic interventions aren’t enough to deflect a mosquito’s bite. The genome of a species called Aedes aegypti—a striped skeeter that prefers to feed on humans and can ferry viruses such as dengue, Zika, yellow fever, and chikungunya into our blood—encodes more than 300 distinct types of chemical sensors that help the insects navigate their world. Researchers have managed to introduce tweaks that futz with more than 100 of those genes at once, and yet those mutant mosquitoes “still find and bite humans, which just blows my mind,” says Meg Younger, a neurobiologist at Boston University. The most progress scientists have made through these techniques is cutting the insects’ attraction to us roughly in half, says Joshua Raji, a sensory biologist at Johns Hopkins University.

So, there you have it: if we use every tool in our arsenal, we are only able to reduce mosquito’s ability to track us by 50%. Why are mosquitoes attracted to humans? Because we are the ultimate prey for them.

People-piercing mosquitoes might have good reason to be this clingy. Humans are super social and super hairless, a clean and convenient smorgasbord. Our blood helps nourish developing eggs, and our objects and architecture collect standing water, giving the insects a perfect spot in which to breed their young. Each of us is a mosquito “Walmart,” as Vosshall put it—a one-stop shop for all the creatures’ baby-rearing needs.

I spray my yard with pyrethroids, pyrethrins and insect growth inhibitors several times a year. I also keep a can of deet on my patio. It works pretty well in reducing the number that buzz around my hands and feet. I could also plant some aromatic herbs according to some experts. It’s probably a good idea. I have a relative who caught West Nile virus while camping. Although that was been nearly two decades ago she still has some lingering effects from the episode.