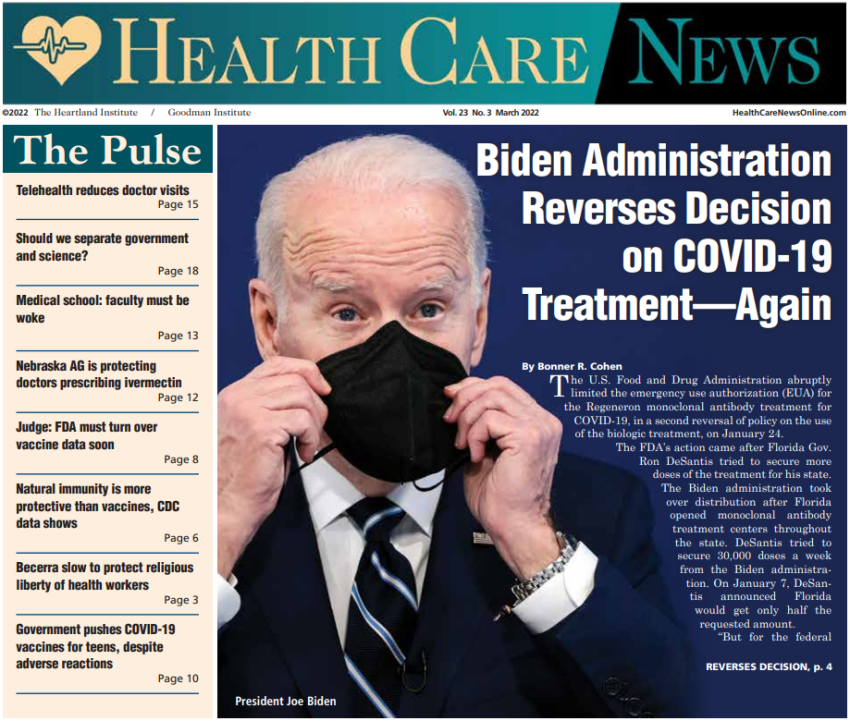 Because of budget shortfalls, the Heartland Institute suspended publication of Health Care News in March, 2020. Fortunately, the Goodman Institute for Public Policy stepped in to partner with Heartland to ensure the newspaper’s survival going forward.

In an election year, this new partnership could not have come at a better time.

Polls consistently showed that health care was the number one issue with voters. So, the need to inform candidates about health policy choices was never greater. HCN was ideally positioned to do that.

“We are witnessing a revolution in the way medical care is being delivered in this country,” said Goodman Institute president John Goodman. “The response to COVID-19 has produced radical changes in public policy. HCN explains those changes and why they happened.”

The newspaper goes out to about 8,000 people every month – reaching every state office holder in the country.  Marketing surveys show that it has a big impact on state legislators, even though it is distributed free of charge. For example, more than 50% of state legislators say they always or sometimes read Health Care News. More than a third say that the newspaper has influenced their opinion on a health care issue or caused them to change their position.

The Goodman Institute is generally credited as the source of the idea of Health Savings  Accounts along with other innovative ideas. It brings an important national perspective to HCN at a time when the health care policy space has already been nationalized.