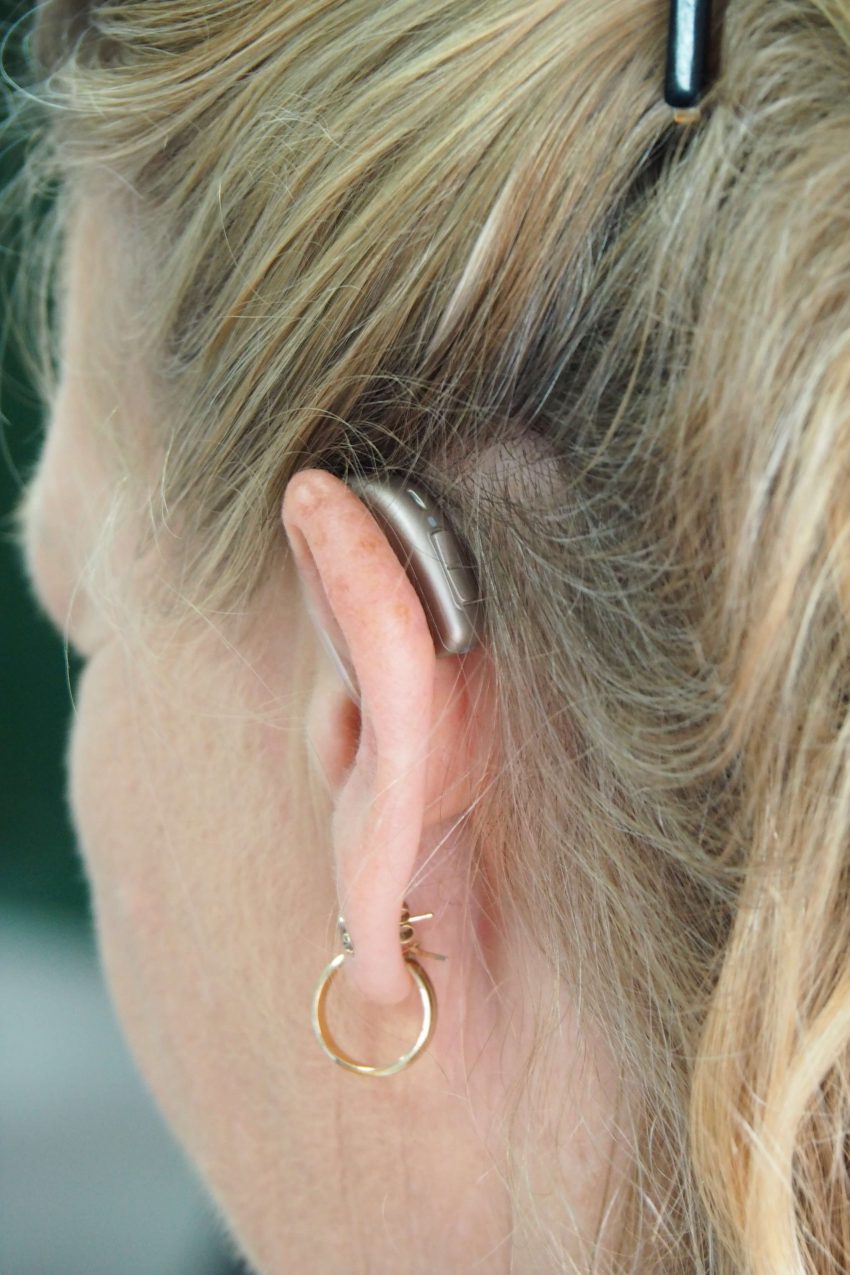 Starting today Americans will be able to legally buy hearing aids over the counter (OTC). Granted, there were a few already available before the U.S. Food and Drug Administration (FDA) regulations were announced. However, big-name electronics manufacturers held out until the FDA issued its Final Rule. In the interim between when the law was passed and when the FDA promulgated regulations, legacy purveyors of prescription hearing aids lobbied behind the scenes in hopes of hobbling OTC competition.

Starting Monday, consumers will be able to buy hearing aids directly off store shelves and at dramatically lower prices as a 2017 federal law finally takes effect.

Where for decades it cost thousands of dollars to get a device that could be purchased only with a prescription from an audiologist or other hearing professional, now a new category of over-the-counter aids are selling for hundreds of dollars. Walmart says it will sell a hearing aid for as little as $199.

The over-the-counter aids are intended for adults with mild to moderate hearing loss. It is thought that millions of Americans are potential customers, most of which did want to spend thousands to purchase prescription hearing aids. It is also thought that as more people buy OTC hearing aids the stigma that some people feel about wearing hearing aids will diminish further increasing the market for the devices.

Prices and features will vary for the new OTC hearing aids — much as they do for prescription aids. A pair of prescription devices typically sells for $2,000 to $8,000. Some of the technology found in the pricier prescription aids will be available in the cheaper OTC aids.

I hope the last sentence of the paragraph above is an understatement. I expect the quality to improve due to competition, which will also drive down prices.

The hearing aid industry has remained largely insulated from price competition because of consolidation among manufacturers, widespread state licensing laws that mandate sales through audiologists or other hearing professionals, and the acquisition of hearing professionals’ practices by device-makers.

My mother and father both owned hearing aids although my father refused to wear his much of the time (much to the consternation of my mother). The devices ate through batteries and small hearing aid batteries were expensive. The market for prescription hearing aids is basically a small one with high margins. The markup on hearing instruments by audiologists is also high. This is a survey from a decade ago.

The median gross profit margin percentage for fitting hearing instruments is 55%, representing a mark-up of 2.1 times wholesale cost for the median product and fitting fee.

With the ability to bypass audiologists and perhaps even use an app to fine tune the hearing devices for individuals’ needs more companies will likely enter the market. Introductory prices for OTC hearing aids are relatively high but prices will likely come down. When heavyweights like Sony and Apple make products the quality and features will improve well beyond the legacy manufacturers.

The OTC aids cost less partly because they do not bundle the services of an audiologist for a hearing evaluation, fitting, and fine-tuning the device. Instead, the new devices are intended to be set up by the consumers themselves, although manufacturers will offer technical assistance through apps and by phone.

Some new companies have entered the market, including Sony. It will sell its lowest-cost, self-fitting OTC hearing aid for $999 at Best Buy and other retailers.

Just look at computers. Sixty years ago the market for computers was very small because computers were big and expensive. Now I have five computers in my office, all of which far, far exceed the computing power of huge machines 60 years ago. My iPhone and my iPad are two of them. My Dell laptop is another. I have a Raspberry Pi 3 that is configured solely for flight navigation and it uses my iPad Mini as a screen. I have a Raspberry Pi 4 to peruse the Internet. Nowadays we use cheap computing devices for things that weren’t even thought of 60 years ago because computers took up an entire room and required input with punch cards.

How may OTC hearing aids differ from legacy devices? That depends on the regulations promulgated by the FDA. However, Apple currently makes an Airpod Pro that is noise canceling, plays music over Bluetooth and can amplify sounds just like a hearing aid. In fact it has a microphone allowing you to talk on your phone. Its battery life is up to six hours and a five-minute charge is good for an hour. The earbuds are charged in a charging case, no need to continually purchase six-pack of batteries.

What could go wrong? Lobbying by legacy manufactures that who profit off the status quo is always a threat.