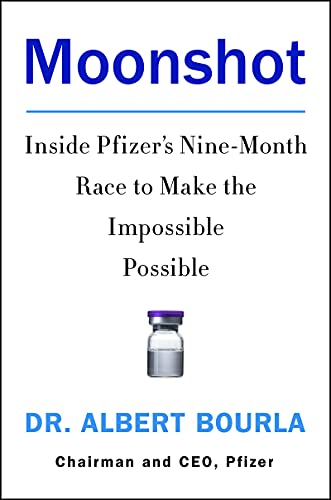 Turns out, it is very positive. But in a review of Pfizer CEO Albert Bourla’s book, Moonshot, Robert Kaplan asks:

How transparent has Pfizer been? In the book’s more than 200 pages, one topic is not explored in any real depth—side effects. Although the vaccine is generally regarded as safe, side effects do appear to be more common—and perhaps more severe—than for other widely used vaccines. In the 2020 clinical trial that provided the basis for FDA emergency-use authorization, more than 83% of 18- to 55-year-old participants (in comparison with 14% of those injected with a placebo) reported arm pain after their first shot, and approximately a third had a fever in reaction to their second (in contrast to less than 1% for a placebo).

And there is more:

…  science is a process that works best when research findings are peer-reviewed and when calculations are verified by independent scientists with no vested interest in a commercial product. Pfizer skipped this step. Instead, it used internally controlled trials and first made the results public through highly curated press releases that showed its evidence in the best light.

Even now, Pfizer has not released data that would allow independent scientists to verify its analyses.