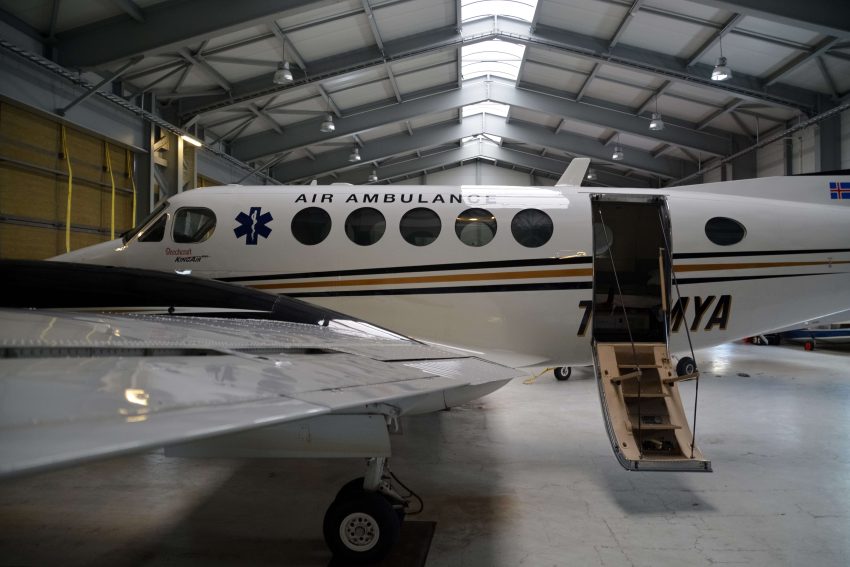 In late 2020 an unemployed North Carolina bartender and his wife were visiting relatives in Wyoming when the man fell seriously ill. He was quickly airlifted to the University of Colorado Hospital outside Denver, where he was diagnosed with acute lymphoblastic leukemia, a form of blood cancer. His insurance paid that air ambulance bill, from Wyoming to Colorado, deeming it medically necessary.

The man’s condition was stabilized at the Denver hospital. Wanting to return home to begin his cancer treatment, his wife contacted an air ambulance firm to transport him 1,468 miles to a hospital in Durham, North Carolina. They were assured by the air ambulance service it would accept whatever payment his insurer, Blue Cross Blue Shield of North Carolina, would provide. Supposedly, he and his wife would not be responsible for any difference between the higher charges and lower insurance reimbursement.

The man was flown to Duke University Medical Center in Durham where he remained for about four weeks. Then the bill arrived. The total for medical air transportation was $489,000, which included $70,000 just for ground transportation to and from hospitals and airports. Blue Cross Blue Shield of North Carolina agreed to pay $72,000, although the insurer later determined the transportation was not medically necessary. The Denver hospital where the man was initially treated was in his network and could have provided his cancer care. The insurer wanted its money back and an independent third-party reviewer sided with the insurer. The good news is the air ambulance service agreed to drop the charges once reporters got involved and began asking embarrassing questions. The question nobody seemed to ask is: why so much?

Although not mentioned in the Kaiser Health News article, the air ambulance service the North Carolina man used flies Learjet 35s. The Learjet 35 is an aging, business jet that sells used for approximately $1 million, give or take a few hundred thousand depending on its engine hours until overhaul. The average cost to operate a Learjet 35 per flight hour is estimated to be around $2,500. Oddly, the average charge for (nonmedical) Learjet 35 air charters is around $2,000 per hour, making it a money-losing air taxi under normal conditions. Granted, a jet customized for medical emergencies would have a higher cost per hour due to additional equipment and medical personnel on board. For the sake of argument, let’s assume that the nearly 3,000 mile round trip from Denver to Durham and back would take six hours at an average speed of 500 miles per hour. That’s around $70,000 per flight hour plus another $70,000 for ground transportation to and from airports and hospitals. That’s much, much more expensive than typical air charter services for corporate executives attending business meetings out of town.

In 2007 my father took an air ambulance trip due to an aneurysm. The plane had to come from 200 miles away and return 200 miles with my father. This was before private equity firms began aggressively buying air ambulance services due to the ability to charge high fees and balance bill patients. My father’s bill for the 400-mile roundtrip was less than $12,000. That’s about $5,000 per flight hour in his slower, piston twin-engine Beech Baron air ambulance.

In years past, when states tried to regulate air ambulance fees, they ran afoul of the Airline Deregulation Act of 1978, a federal aviation law that pre-empts state aviation laws. However, the federal law No Surprises Act went into effect on January 1, 2022. It requires good faith estimates before services and gives states more leverage to prevent air ambulance surprise bills. Let’s hope the No Surprises Act also encourages more air ambulance firms to contract with insurer networks at prices more in line with air charter services.