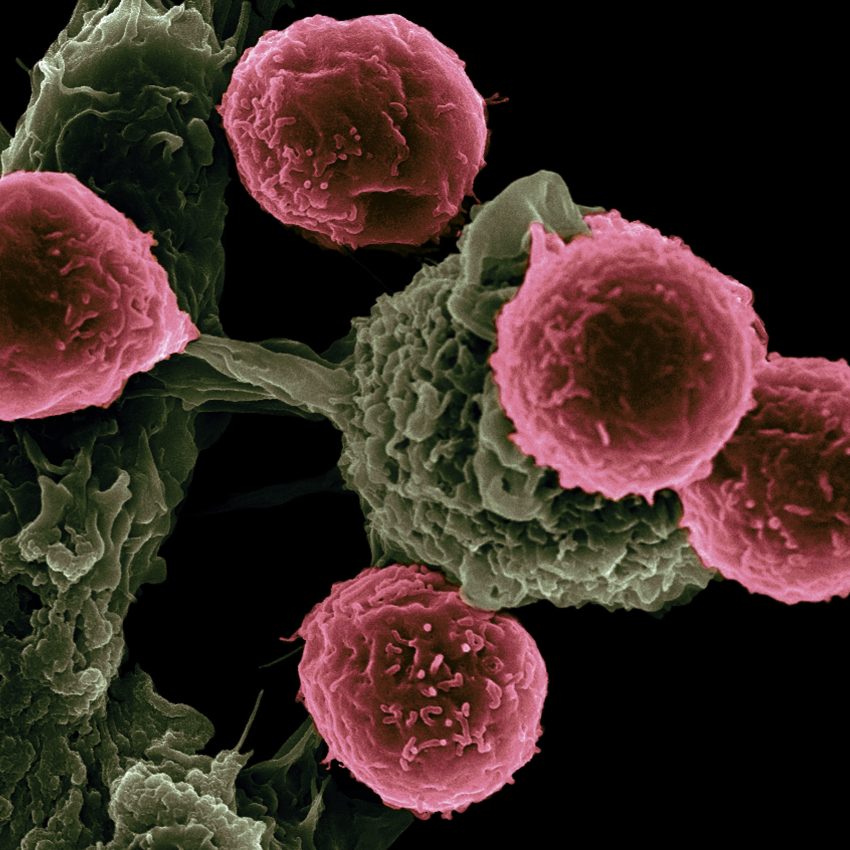 Over the last decade, this kind of genetic test has become the go-to method for screening pregnancies for chromosomal abnormalities like Down syndrome, and it’s reduced the number of invasive amniocentesis procedures dramatically. Aukstikalnis hoped the test would provide peace of mind, and was also excited that the test would reveal her baby’s sex.

An expectant mother’s bloodstream doesn’t just contain bits of free-floating DNA associated with the fetus. It’s also chock full of DNA released by her own cells. And if some of those cells are malignant, that can affect the test results – acting as a kind of unasked-for cancer screening.

When Ms. Aukstikalnis got back her results, they were odd and inconclusive. She got another test which too was inconclusive. She was sent to a genetic counselor, who told her this sometimes means the patient has a benign or malignant tumor. Ms. Aukstikalnis was offered the opportunity enroll in a clinical trial of women like her whose results came back with anomalies.

When the clinical trial of pregnant women with anomalies in their blood samples was conducted many did in fact have malignancies. The most common discovered were lymphomas, although a few rare cancers were discovered as well.

When Aukstikalnis and her spouse went to the NIH clinical center in July of 2021, to get their slew of tests, they hadn’t expected to hear the results right away. And she still didn’t really think the tests would find that she was sick.

But at the end of the day, a team of doctors sat them down and said that it looked like she likely had lymphoma. The news came as a shock.

One problem with detecting cancer DNA from blood samples is that it’s relatively difficult to detect cancer early this way because there’s not yet enough cancer DNA in the bloodstream.

“Early detection is so much harder. It’s really a beast,” says Pritchard, adding that trying to spot DNA released into the blood by a small number of cancerous cells is a needle-in-the-haystack problem.

To him, it seemed like an unlikely way to screen for cancer. But recent technological advances have made him reconsider.

If a sample of blood suggests cancer DNA, scientists are not sure what the next steps should be.

And if the screening test indicates the possible presence of a malignancy, what kind of follow-up testing needs to be done? Insurance companies may balk at paying for expensive tests to hunt for cancers that might not even exist, based on the results of a new-fangled screening strategy that hasn’t been proven cost-effective.

A commercial cancer screening test already exists and it’s called Galleri. It tests for 50 different types of cancer, 45 of which lack other recommending screening tests. Its list price is $949. Tests like this are not broadly recommended and public health experts have not formalized guidelines for who is a candidate to get this type of screening. The company itself says you need to be at higher risk, such as at least 50 years of age.