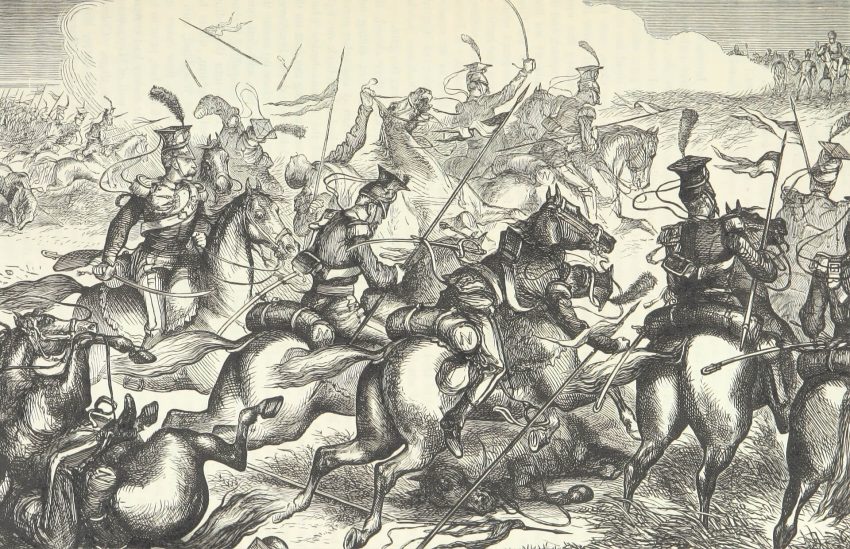 Last Saturday was the 207th anniversary of the Battle of Waterloo, fought on Sunday, June 18, 1815. It was the decisive battle that ended Napoleon Bonaparte’s imperial ambitions for good. The battle was the culmination of nearly 20 years of conflict in Europe. As you would imagine, it created a public health crisis. An estimated 50,000 casualties, dead, dying and wounded were left on the battlefield when it was over. Some diseases can be transmitted from the dead to the living. According to the World Health Organization:

Numerous eyewitness accounts exist, many of whom wrote about the aftermath. The stench of decaying bodies was immense. The most immediate problem, what to do with the corpses of tens of thousands of dead soldiers plus an untold number of dead horses. Purportedly many were buried in shallow mass graves, while some were burned.  Frederick Hope Pattison was a Lieutenant in the 33rd Regiment. He observed:

Preparations were soon set afoot to bury the dead by digging large trenches, into which they were thrown promiscuously – friend and foe together – there to rest in peace until the resurrection trumpet shall, by a loud blast, awake them from their long sleep! (Pattison 2001, 72).

You would expect in the intervening 207 years since the  battle that there would be memorials marking the mass graves to commemorate an important period in history. The problem: no mass graves have been found.

The battle was one of the deadliest of the century, but to the bewilderment of archaeologists, only one full skeleton has been found to this day.

So what happened to the dead soldiers who fell at the battle of Waterloo?

There is, however, one more factor that might explain this apparent absence of burials. In the two decades following the Battle of Waterloo, European battlefields provided a convenient source of bone that could be ground down into bone-meal, which before the discovery of superphosphates in the 1840s was an effective form of fertilizer (Tandon 2010). One of the main markets for this raw material, which included both human and animal bone, was the British Isles.

Apparently, the practice of using the bones of fallen soldiers for fertilizer was common before better fertilizers were discovered.

You can read more about this here.