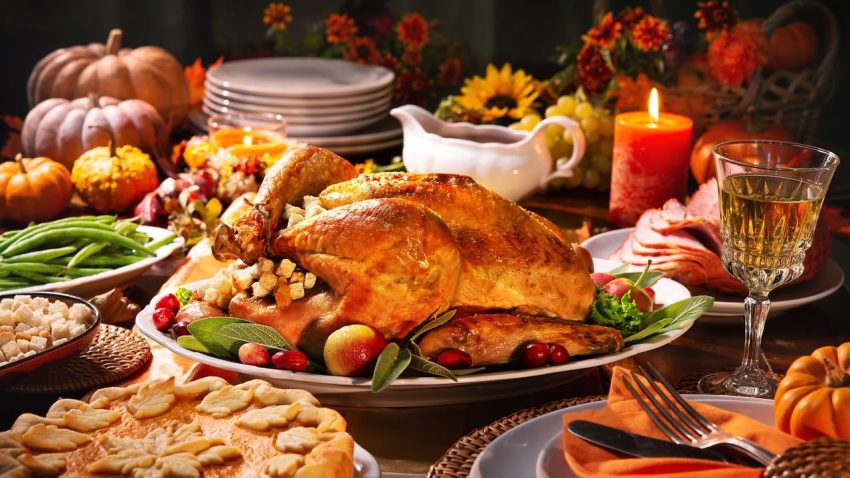 Thanksgiving is fraught with dangers that most people may never think of. There is the danger from driving great distances with too many cars on the road, some of which may have indulged in too much eggnog prior to driving. The AAA estimates that 55 million Americans are expected to hit the road driving more than 50 miles to see friends and family. The worst traffic is expected to take place Wednesday afternoon as the rush hour traffic mixes with holiday traffic.

“Families and friends are eager to spend time together this Thanksgiving, one of the busiest for travel in the past two decades,” says Paula Twidale, AAA’s Senior Vice President of Travel. “Plan ahead and pack your patience, whether you’re driving or flying.”

Most travelers will drive to their destinations, much like last year. Nearly 49 million people are expected to travel by car. While Thanksgiving road trips have slightly risen – up 0.4% from 2021 – car travel remains 2.5% below 2019 levels.

According to old research, Americans also love to crash their cars on Thanksgiving. It’s been deemed the second most dangerous holiday to drive. If that isn’t bad enough then there is the added danger posed by the Great Thanksgiving Storm that is forecast to hit the Southern U.S. on Thanksgiving.

The coast-to-coast storm will unleash a wide array of hazards in the region ranging from disruptive rain and thunderstorms to heavy snowfall — and the impacts will be felt into the extended holiday weekend.

If you make it safely to your destination the danger does not end. Americans tend to over-eat on Thanksgiving. The average Thanksgiving dinner is 3,000 calories. That is roughly 50% more than humans are supposed to eat all day, not just in one meal. I was at my local Kroger grocery store yesterday and at the self-checkout there was a man buying 5 gallons of Blue Bell ice cream along with half a bushel of sweet potatoes.

Then there is the risk of food poisoning, primarily Salmonella. According to the Centers for Disease and Prevention:

Turkey and its juice can be contaminated with germs that can make you and your family sick. Raw turkey can contain Salmonella, Clostridium perfringens, Campylobacter, and other germs. Whether you’re cooking a whole bird or a part of it, such as the breast, you should take special care to prevent food poisoning. Follow the 6 steps below to safely store, thaw, handle, cook, and reheat your turkey.

If you’re interested the 6 steps can be found here.

Assuming you survive your trek to Grandma’s house and the food is prepared well, there is always the risk of a family fight. A poll taken about a dozen years ago found that two-thirds of people surveyed expected a Thanksgiving brawl among their family. I doubt if this statistic has improved over the past dozen years in the age of Trump, Covid and the political and cultural divide that defines our time.

While the Thanksgiving table is a rare opportunity to bring people together for a meal, the conversation there can be uniquely fraught. The table often includes a mix of people who don’t normally spend time together — chatty grandparents and sullen teens, picky eaters and exuberant noshers, sober friends and holiday imbibers, vegetarians and turkey lovers, liberals and conservatives, skilled chefs and bad cooks, the vaccinated and the unvaccinated.

Then there are the Black Friday Brawls that occur when there are super sales with limited quantities for a limited time.

Dr Sharron Lennon, a merchandising professor at Indiana University who has studied consumer behaviour, says Black Friday skirmishes and violence possibly come about when “feelings of unfairness” are invoked in shoppers. In a 2017 interview, she told The New York Times, “The more they perceived the retailer situation to be inequitable, the more consumer misbehaviour they displayed.”

Here is a list of the  Top 10 Black Friday Brawl videos of all time.

To add insult to injury, health officials are concerned about more than just the dangers of driving, overeating and catching Salmonella from thawing that turkey at room temperature for days and cooking it rare. Thanksgiving could be a Super Spreader event. It’s not just Covid, health officials worry about the triple threat of Flu, Covid and RSV.

Have a happy and safe Thanksgiving!