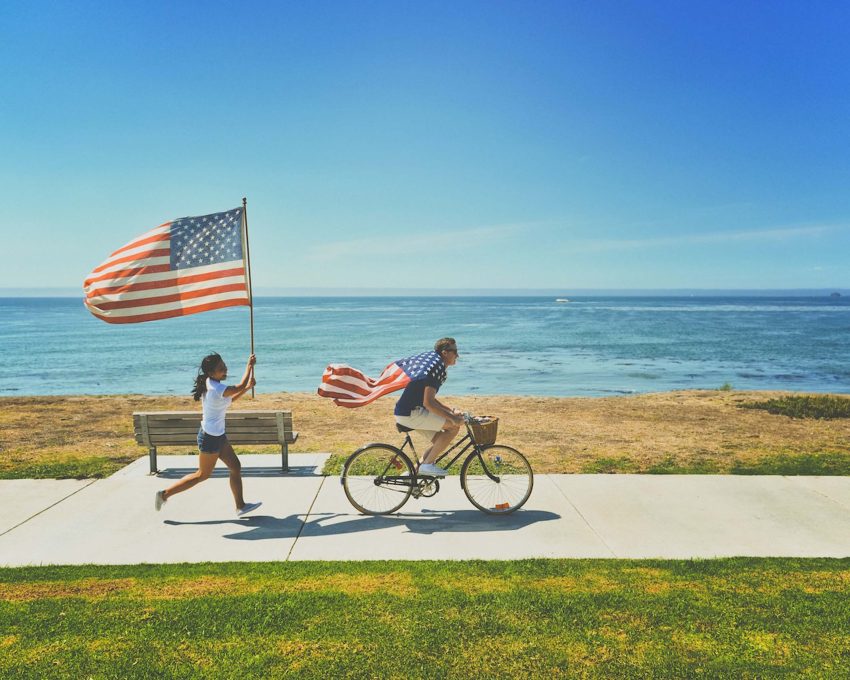 On the 4th of July millions of Americans will head outdoors. They will hit the beach, hit local lakes or do outdoor activities like hiking, biking, baseball or picnics, cookouts and pool parties with friends. Many will slather on sunblock before heading outdoors for activities in the sun. Many of those will forget to reapply sunscreen after a few hours and still get burned. Some won’t bother with sunscreens because of their chalky, greasy or off-putting texture.

Skin cancer mostly occurs because of sun-damaged skin. Skin cancer is the most common form of cancer in the United States. One-in-five Americans will develop skin cancer within their lifetimes. In the past few decades Americans have become increasingly aware of the danger of skin cancer and the need to wear sunscreen. However, the sunscreens Americans have access to have not changed in decades. Sunscreen ingredients, that is UV blockers, that are better than the ones currently used in the United States are readily available in Europe and Asia, but not approved for sunscreens sold in the U.S.

Sunscreen ingredients that block UV rays are regulated by the U.S. Food and Drug Administration (FDA). The only ingredients allowed in over-the-counter personal care products are those that are generally recognized as safe (GRAS). If it’s not on the GRAS list, it’s not allowed in a product sold over the counter.

The FDA currently allows 17 UV filters in American sunscreens. Of those, only eight are typically used because the others have undesirable side effects, textures that don’t lend themselves to skin care products or are difficult to manufacture. There are blockers that are far better but the FDA stubbornly drags its feet, refusing to approve without costly studies, and reams of data from manufacturers. Here is what experts told The Atlantic.

…bemotrizinol, a chemical filter that’s popular overseas but has not yet been approved in the U.S. The substance is on a short list of those that Dobos told me have the strongest case for FDA approval—it’s widely used around the world and very effective at absorbing UV rays. Another ingredient at the top of her list is bisoctrizole, a favorite in Europe, which she said degrades more slowly in sunlight, is less readily absorbed by the wearer’s skin, and helps stabilize other UV filters when mixed with them, potentially improving their efficacy. Wearers don’t need to reapply it as often in order to remain protected…

In 2014 Congress passed a bipartisan bill called the Sunscreen Innovation Act in an attempt to force the FDA to fast-track approvals of more advanced sunscreen ingredients. The bill was signed by then President Obama nearly eight years ago. It didn’t help.

According to Courtney Rhodes, a spokesperson for the FDA, manufacturers have submitted eight new active ingredients for consideration. The agency has asked them to provide additional data in support of those applications, but none of them has yet satisfied the agency’s requirements.

You see, the fact that a consumer product has been used in Europe and Asia for years isn’t enough to satisfy the FDA. Individual companies have little incentive to perform costly studies that illustrate what is already common knowledge. Once added to the GRAS list any company can use the ingredient so companies who invest in studies cannot recoup their investment.

Why is the FDA so risk averse? One word: thalidomide. Frances Oldham Kelsey began working for the FDA in 1960 as a medical reviewer. The new drug application for Kevadon, the U.S. trade name for thalidomide, landed on her desk. Finding the clinical studies to be little more than physician testimonials and unable to get detailed answers from the drug maker on specific side effects she rejected the application. Thalidomide had been used in 40 countries up to that point, and soon after reports of birth defects began pouring in from Canada, Europe and elsewhere. As a result of her diligence, Dr. Kelsey received the President’s Award for Distinguished Federal Civilian Service from President Kennedy.

She was quickly promoted to chief of the investigational drug branch in 1963, and four years later, she became director of the Office of Scientific investigation—a position she held for 40 years until she retired at the age of 90. She lived until the age of 101, and passed away in 2015.

Dr. Kelsey is a legend at the FDA. Over the course of her 44-year career her reputation spawned a culture of risk aversion that has carried over to this day. Demanding answers to questions Kelsey had regarding the side effect of thalidomide saved a generation of Americans from birth defects. It also may have resulted in untold Americans developing skin cancer because they cannot access superior sunscreens with a 20-year history of safe use.

3 thoughts on “Why Americans Cannot Have Better Sunscreens”