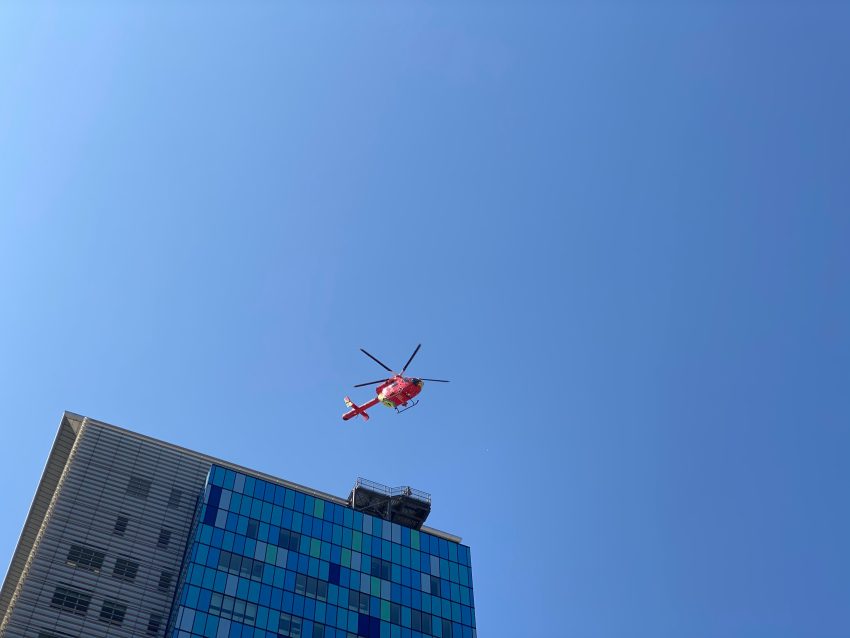 Private equity investors have been buying up thousands of health care businesses across the country. This includes everything from dermatology practices, to gastroenterology, to air ambulance services. If you seek care at an emergency room, there is a good chance that you will be treated by a physician employed by a staffing firm backed by private equity.

Physicians trained in emergency medicine are increasingly discovering if they want to work in their chosen field, they have no choice but to work for an emergency medical staffing company run by private equity investors. When I worked in a hospital 30 years ago most physicians who staffed the ER were self-employed or part of a group practice. They billed patients directly for treatments and the hospital also billed for facility fees and other charges associated with emergency care. Back then emergency rooms were money-losers. That has changed. Nowadays ERs are profit centers.

Now that emergency room staffing has been consolidated under large corporate owners, emergency medicine physicians are chaffing from rigid rules that increase their workload and reduce their take home pay. Now they’re fighting back.

A group of emergency physicians and consumer advocates in multiple states are pushing for stiffer enforcement of decades-old statutes that prohibit the ownership of medical practices by corporations not owned by licensed doctors.

Thirty-three states plus the District of Columbia have rules on their books against the so-called corporate practice of medicine. But over the years, critics say, companies have successfully sidestepped bans on owning medical practices by buying or establishing local staffing groups that are nominally owned by doctors and restricting the physicians’ authority so they have no direct control.

State laws against the corporate practice of medicine date back nearly a century and were meant to preserve the doctor/patient relationship, preserve the independence of physicians and prevent the commercialization of medicine. What has actually happened is medicine is now highly commercialized and more than half of physicians are employed by hospitals, investor-owned practices or corporations. It is not uncommon for employed physicians to work under commission-based compensation that encourages unnecessary care. Often, they are penalized for the number of patients referred outside the system (leakage) or rewarded for those referred within the system (keepage).

Those campaigning for stiffer enforcement of the laws say that physician-staffing firms owned by private equity investors are the most egregious offenders. Private equity-backed staffing companies manage a quarter of the nation’s emergency rooms, according to a Raleigh, North Carolina-based doctor who runs a job site for ER physicians. The two largest are Nashville, Tennessee-based Envision Healthcare, owned by investment giant KKR & Co., and Knoxville, Tennessee-based TeamHealth, owned by Blackstone.

Court filings in multiple states, including California, Missouri, Texas, and Tennessee, have called out Envision and TeamHealth for allegedly using doctor groups as straw men to sidestep corporate practice laws. But those filings have typically been in financial cases involving wrongful termination, breach of contract, and overbilling.

There is currently a California lawsuit against Envision that may have ramifications that reverberate across the country.

“Envision exercises profound and pervasive direct and indirect control and/or influence over the medical practice, making decisions which bear directly and indirectly on the practice of medicine, rendering physicians as mere employees, and diminishing physician independence and freedom from commercial interests,” according to the complaint.

Years ago an old colleague, Greg Scandlen, wrote “Does the Doctor Need a Boss?” At the time many left-of-center policy analysts thought fragmentation was the biggest problem in health care. Many believed the key to reforming health care was vertical integration, similar to the Kaiser Permanente model. What’s actually come to pass is a model where corporate employers and hospitals use physician employment to boost revenue rather than improve quality or reduce costs. However, there are critics of the idea that corporations should not be allowed to employ physicians.

But the push to reinvigorate laws restricting the corporate practice of medicine has plenty of skeptics, who view it as an effort to return to a golden era in medicine that is long gone or may never have existed to begin with. The genie is out of the bottle, they say, noting that the profit motive has penetrated every corner of health care and that nearly 70% of physicians in the U.S. are now employed by corporations and hospitals.

The corporate practice of medicine doctrine has “a very interesting and not a very flattering history,” said Barak Richman, a law professor at Duke University. “The medical profession was trying to assert its professional dominance that accrued a lot of benefits to itself in ways that were not terribly beneficial to patients or to the market.”

Professor Richman makes an important point. However, now hospitals and corporations may be trying to assert their dominance and accrue a lot of benefits to themselves in ways that were not terribly beneficial to patients or to the market.