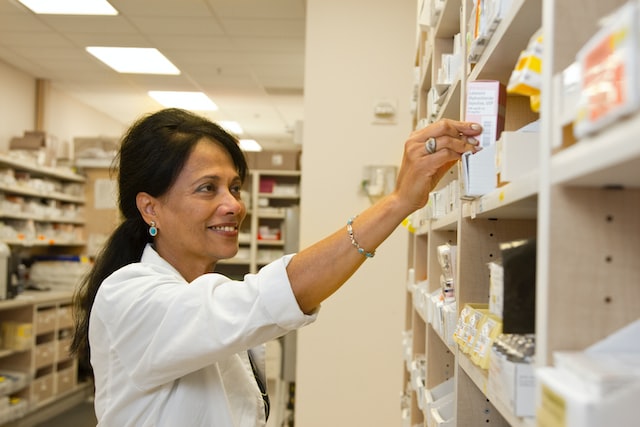 In June 2021 I wrote about How a Questionable Drug Turned into a Goldmine at Taxpayers’ Expense. The drug was the newly approved Alzheimer’s drug Aduhelm. Aduhelm is a monoclonal antibody that targets a specific protein in the brain that is thought to form plaques in the brains of Alzheimer’s patients, causing brain cells to atrophy and die. There is considerable debate about whether plaque causes Alzheimer’s disease or is a byproduct of Alzheimer’s. One of the original studies that supposedly nudged scientists down the path of plaque atrophy theory has now been accused of using doctored photos to bolster their case.

The New York Times wrote about a recent Congressional investigation into Aduhelm’s approval. According to the investigation the approval process was “rife with irregularities.”

According to a congressional investigation released on Thursday. The agency’s actions “raise serious concerns about F.D.A.’s lapses in protocol,” the report concluded.

The U.S. Food and Drug Administration was under enormous pressure to approve Aduhelm by the drug maker, Alzheimer’s disease advocates and patients’ families. All but one member of the advisory committee voted against approval, and the one showing moderate support thought the data inconclusive. The FDA does not have to follow their advisory committees’ recommendations and approved Aduhelm anyway.

The initial launch price was $56,000 a year plus infusion and other physician fees, a steep price for a drug of questionable value.

The investigation said Biogen was prepared to spend up to several billion dollars — more than two-and-a-half times what it spent developing the drug — on aggressive marketing to counter expected “pushback” over whether Aduhelm was worth its price. The report said the campaign planned to target doctors, patients, advocacy groups, insurers, policymakers and communities of color, who were drastically underrepresented in its clinical trials of the drug.

Although it was only tested on a narrow segment of Alzheimer’s patients – those with early-onset Alzheimer’s – at the time I commented that it would likely be used on all 6 million people with the disease.

Indeed, that’s what the FDA had in mind.

The report also delved into the F.D.A.’s initial decision to approve Aduhelm for all Alzheimer’s patients even though it had only been tested on people in mild early stages of the disease. F.D.A. officials, justifying the decision, told the committees the broad label would have benefits, including allowing patients to continue on Aduhelm after their early disease worsened.

Several members of the advisory committee resigned after their careful analysis was ignored. The FDA immediately came under fire for ignoring its own experts.

Aduhelm’s approval in June 2021 caused an outcry from many Alzheimer’s experts. Major health systems, including the Cleveland Clinic and the Department of Veterans Affairs, decided not to offer Aduhelm, an intravenous infusion, citing its uncertain benefits and risks of brain swelling and bleeding. After Medicare sharply limited its coverage of Aduhelm, the drug — still expensive even after Biogen halved its annual price to $28,800 — was essentially sidelined from the marketplace.

The federal drug agency conducted its own investigation shortly after coming under fire for its approval process.

The report included the F.D.A.’s own internal inquiry into its Aduhelm review process, an inquiry first reported by The New York Times in 2021. The agency’s self-examination, conducted shortly before Aduhelm was approved, was less negative than the congressional findings, but identified similar issues and said its collaboration with Biogen “exceeded the norm in some respects.”

That internal inquiry, which the F.D.A. had not previously disclosed, found that agency officials leading the Aduhelm evaluation did not pay enough attention to dissenting views from the agency’s own statistical team, which said there was inadequate evidence that Aduhelm worked. After expressing those reservations, team members were excluded from some deliberations and given little notice about the preparation of a key document.

Even with the agency’s dissenting statisticians sidelined, the advisory committee saw through the highly unusual deliberations. Yet, its recommendation was ignored.

That document was a presentation which, in a highly unusual move, the F.D.A. jointly produced with Biogen for a November 2020 meeting of the agency’s independent advisory committee. The congressional investigation said the F.D.A. had done joint presentations only nine times before, all involving cancer drugs, and that in the bullish joint Aduhelm presentation, at least one point attributed to Biogen was actually written by the F.D.A. The advisory committee overwhelmingly voted against approval.

The F.D.A.’s inquiry concluded that “given the internal disagreement” within the agency “and the lack of a unified F.D.A. perspective on the data, the use of the joint briefing document was not an appropriate approach in this instance.”

Why would FDA officials become so chummy with Biogen despite little statistical evidence their drug works? The FDA is a great place to gain experience into the drug approval process and regulatory compliance for drugs and medical devices. That experience is in high demand by drug and device manufacturers, who are often willing to pay salaries more than double what the FDA pays. It is probably easier to snag those lucrative jobs if you didn’t rock the boat back when you worked for the FDA.