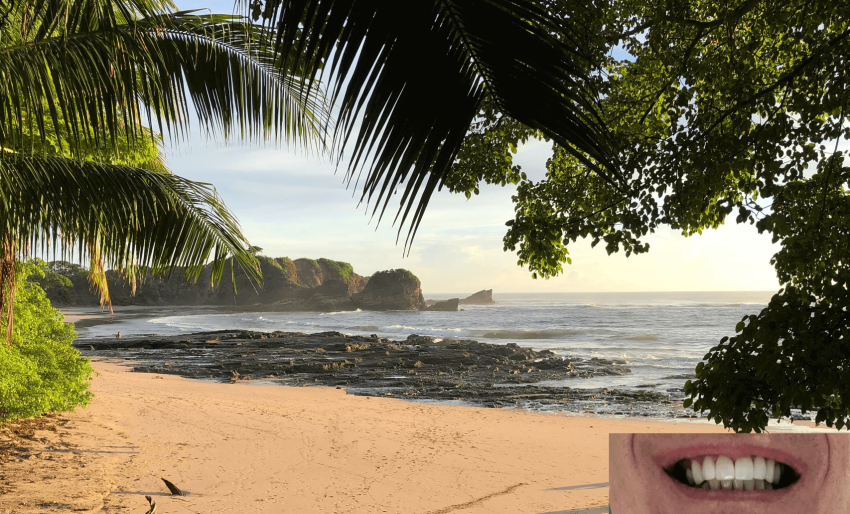 When my wife needed a pair of dental implants she was referred to a local specialist who had performed more than 10,000 implants in his career. The cost was around $2,100 apiece ($4,200 for two titanium posts). Meanwhile, I had a dental bridge that was failing and needed replaced with an implant and two crowns. I decided to put off my procedure until later, due to cost.

When my wife had her procedure, the implant dentist would stop and take an x-ray, compare it to others and then take another. This went on all during the procedure. All told it took nearly three hours for two implants.

Within a year my wife’s two dental implants had healed nicely and were ready for crowns. If she were to have the work done locally, her dentist’s price for two crowns with abutments was $4,400, or $2,200 apiece. This would be in addition to the $4,200 she had already spent. For the work I needed, an oral surgeon in Dallas had quoted me $5,600 to get my failing dental bridge extracted, a bone graft and an implant. Crowns would be an extra $3,000 at the time). Wow! Time for a second opinion.

We flew into San Jose for a vacation with a detour to the dentist. The day we arrived a driver took me by the clinic for a panoramic x-ray. I was scheduled to receive my dental implant the next day. Instead of $2,100, my implanted titanium post would cost $800. The dental office sent a driver to pick me up and I was there by 9:00am. About 9:10 the oral surgeon came and took me back to the operating room. He and his assistant inserted an appliance in my mouth and 30 minutes later I heard the sound of a small ratchet as he screwed in the titanium post. He announced, “all done.” I was back to my hotel by 10:00am.

My wife asked the desk clerk why her two implants took nearly three hours while my implant was done in less than an hour. The clerk looked puzzled and told her they use a surgical guide. A computer software program tells them where to drill and they make an appliance in advance to guide the dentist’s drill. It’s new technology that helps dentists have better outcomes. My wife’s dentist installed her implants freehand. He’s old school. He has good outcomes, but it takes him more time. It probably took him 30 years to perfect his craft. My (much younger) Costa Rican oral surgeon took advantage of new technology that took much of the guesswork out of installing my implant and he did it in one-third the time. It was relatively pain-free. A couple hours later I walked from my hotel across the street to Walmart and bought fresh ceviche to eat for lunch.

Nearly three years have gone by and my wife’s Costa Rican crowns are great. Even better, they cost $750 apiece rather than $2,200 back home (saving, $2,900). Due to COVID it would be two years before I could return to San Jose to get my implant crowned with abutment. I flew back to Costa Rica in the summer of 2021. While there, I decided to replace some 30-year old veneers and other aging dental work with crowns. I had eight of my front teeth ground off and replaced with new porcelain crowns. I paid $400 per crown in cash (credit card would have been $450). They look spectacular!  I also paid $750 for my crown with abutment on the implant installed two years earlier.

I calculated what my ($4,000) Costa Rican dental work in 2021 would have cost in the United States. My back of the envelope math is about $12,000. Previous trips cost about $2,000 if I recall, including the implant, oral surgery with bone graft, panoramic x-ray, deep cleaning and two crowns. Basically, what would have cost more than $18,000 in Dallas was about $6,000 in Costa Rica. The quality is great and it was one-third the price.

Oh, and we got some nice vacations along the way.