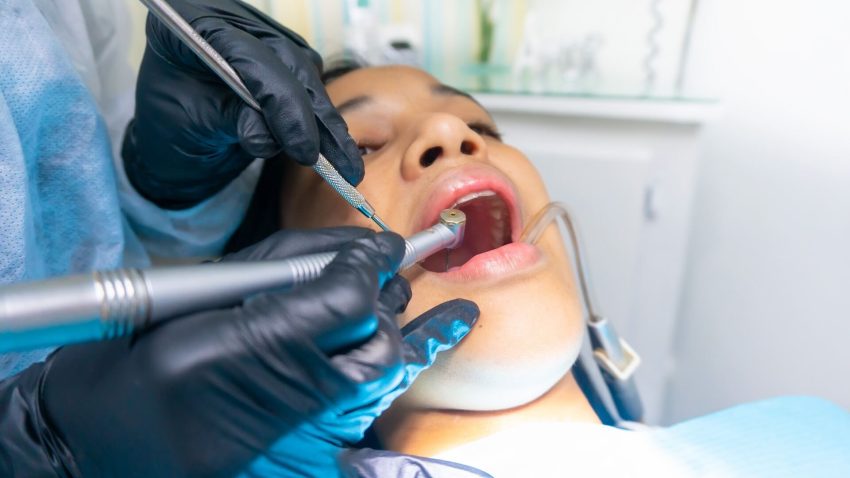 I’m not particularly scared of the dentist but dental work can be a source of anxiety. Novocain shots are painful and a dentists’ drill reverberating through your skull is not pleasant despite your jaw being numb. Back when I was an accountant I worked a block from Baylor Dental College, which I used for some dental care. Much of the work was done by an instructor, while the student watched. At one point prior to a procedure, the student thought my blood pressure too high and insisted I get it checked by my primary care physician. My doctor said it was fine and told me it’s quite common for patients’ blood pressure to rise while in a medical office where practitioners often wear white coats. That was the first time I heard about what he called “white coat syndrome.”

I had my teeth cleaned a few weeks ago and the dental hygienist took my blood pressure. I told her it may be higher than normal due to so-called white coat syndrome. She agreed, saying a rise in blood pressure is common during dental appointments.

The apparently common fear of dental appointments may partly explain a recent survey. In the survey dentists said their patients are increasingly coming to appointments high on marijuana.

As personal and medical marijuana use increases nationwide, the American Dental Association (ADA) suggests patients refrain from using marijuana before dental visits after a new survey finds more than half of dentists (52%) reported patients arriving for appointments high on marijuana or another drug.

“Marijuana can lead to increased anxiety, paranoia and hyperactivity, which could make the visit more stressful. It can also increase heart rate and has unwanted respiratory side effects, which increases the risk of using local anesthetics for pain control,” said Quartey.

“Plus, the best treatment options are always ones a dentist and patient decide on together. A clear head is essential for that.”

Marijuana is also not beneficial to dental health. Perhaps the stereotype of weed smokers getting the munchies is not a stereotype.

Studies have also shown regular marijuana users are more likely to have significantly more cavities than non-users, according to the ADA.

Besides cavities from binging on weed and junk food there are other reasons to avoid marijuana prior to a dental visit.

Being under the influence of drugs at the dentist can limit the care that can be delivered. The survey of dentists found 56% reported limiting treatment to patients who were high. Because of how marijuana and anesthesia impact the central nervous system, 46% of surveyed dentists reported sometimes needing to increase anesthesia to treat patients who needed care.

“When talking through health histories, more patients tell me they use marijuana regularly because it is now legal,” said Tricia Quartey, DMD, ADA spokesperson.

“Unfortunately, sometimes having marijuana in your system results in needing an additional visit.”

Over the years I’ve written about medical tourism, including dental tourism in Costa Rica. I was there 16 months ago where I got an implant crowned and eight aging veneers replaced with crowns. That dentist also checked my blood pressure. For that matter one time my optometrist also checked my blood pressure and gave me a lecture about it being too high. Maybe there is something stressful about white lab coats.

Read more about it here.