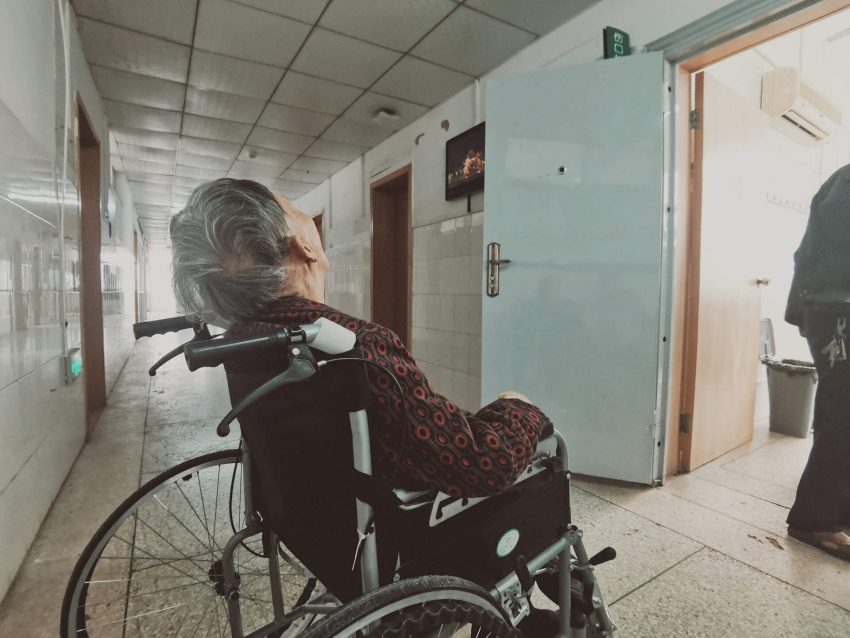 As people age their health deteriorates and they become more prone to diseases and chronic conditions. For instance, heart disease kills more Americans than any other ailment. Heart disease is correlated with advanced age. About 80% of deaths from heart disease are age 65 or older.

That’s not all. Type 2 diabetes generally is found in people over the age of 45. Indeed, other examples of chronic diseases of old age include arthritis, kidney disease, obstructive pulmonary disease, dementia, Alzheimer’s, Parkinson’s, osteoporosis and stroke.

Basically, none of us are getting out of this life alive and old age is the most common denominator. That raises a question: should aging be classified as a disease? The U.S. Food and Drug Administration (FDA) doesn’t consider aging a disease. Last year the World Health Organization (WHO) seemed on the path to declare old age itself a disease but then backtracked:

In an upcoming revision, the plan was to replace the diagnosis of “senility,” a term considered outdated, with something more expansive: “old age.” The new phrasing would be filed under a diagnostic category containing “symptoms, signs, or clinical findings.” Crucially, the code associated with the diagnosis—a designation that is needed to register new drugs and therapies—included the word “pathological,” which could have been interpreted as suggesting that old age is a disease in itself.

Some researchers looked forward to the revision, seeing it as part of the path toward creating and distributing anti-­aging therapies. But Rabheru, a professor at the University of Ottawa and a geriatric psychiatrist at the Ottawa Hospital, feared that these changes would only further ageism. If age alone were presumed to be a disease, that could lead to inadequate care from physicians, he says. Rather than pinpoint exactly what’s troubling a patient, a problem could simply be dismissed as a consequence of advanced years.

“The crux of the matter is that if you legitimize old age as a diagnosis, you run the risk of a lot of people using it inappropriately,” Rabheru says. A number of experts agreed. “There was a huge momentum that built up globally to say, ‘This is wrong,’” he says.

To me that logic is utterly ridiculous. Not everyone agrees, however that aging should not be classified as a disease.

“The exciting move by the @WHO to define AGING as a treatable MEDICAL CONDITION has, sadly, reverted,” tweeted David Sinclair, a professor at Harvard Medical School and an influential and sometimes controversial force in the study of aging thanks to his bold claims.

Sinclair is also concerned about ageism. But he argues that the best way to combat ageism is to tackle aging: facing the problem head-on by devising treatments to slow its progress. “The current view that aging is acceptable is ageism in itself,” he says.

Anti-aging research is becoming more mainstream and less of a fringe field. Nonetheless, it’s often seen as a vanity field not unlike facelifts and eyelid surgery. Any time scientists discuss the benefits of exercise in a pill there are always those who believe exercise is already freely available to those who want it.

There will likely be major breakthroughs in animal models over the next two to five years, he says. But he still questions whether we’ll ever have an anti-aging therapeutic as effective as diet and exercise. “Even if we did have a therapeutic which, let’s say, was 50% as beneficial as a good diet and exercise—and that would be a very successful drug—it’s still going to have side effects,” Melov says.

“So would you rather exercise three times a week and eat well or take that pill?”

This back-and-forth may seem like an issue of semantics. But the debate over the ICD’s language cuts to the heart of ongoing conversations about aging and whether a biological process that contributes to the risk of developing a number of diseases is itself a disease.

Taken a step further, from a biological standpoint, aging can be thought of as an accumulation of molecular changes that eventually undermine the integrity and resiliency of the body. Daniel Belsky, an assistant professor at the Columbia Mailman School of Public Health, views aging from this perspective: “Aging is a cause of disease, not a disease itself,” he says.

Others see potential to reduce a number of diseases all at once rather than tackling each age-related disease one at a time.

Guo likes to say she wants to reverse the aging process, but her primary focus is on staving off age-related diseases to extend the human health span. She says when she first started talking to people about her plans five years ago, they didn’t believe it was possible to halt—let alone roll back—the effects of aging. But her team had already shown it could remove up to 95% of damaged mitochondria in fruit flies. The organelles become dysfunctional with age, which may increase an individual’s susceptibility to age-related diseases.

Read more at: The debate over whether aging is a disease rages on | MIT Technology Review