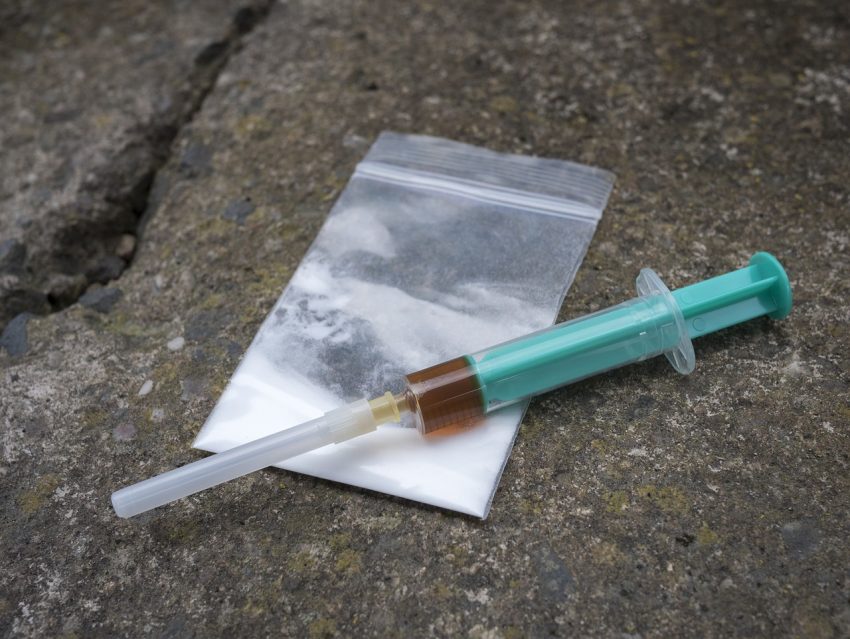 Decades of research prove that these programmes curtail disease. Junkies are in fact less prone to sharing needles when they get free ones. That sharply decreases rates of blood-borne illnesses. In 2014 an analysis found that every dollar spent on syringe exchanges spares the government around $7 in hiv-related health-care costs. Needle exchanges opened across America and Europe.

The idea was controversial. Politics also stood in the way. The policy was not about reducing drug use. Rather, it was about preventing the passing around of two deadly diseases among drug users: AIDS and hepatitis C.

The logic was simple: if barriers to obtaining needles were removed, drug users would stop sharing them and rates of hiv infections would fall. The schemes were a test of “harm reduction”, the idea that de-emphasising abstinence and destigmatising drug use would improve outcomes for addicts.

An article in The Economist (gated but free to read with registration) suggests now that AIDS is no longer a death sentence needle exchanges may do more harm than good.

That was before the opioid crisis plagued America and economists started looking into the trade-offs. A new study by Analisa Packham published in the Journal of Public Economics uncovers an uncomfortable truth: this particular harm-reduction tool does lots of harm. Ms Packham compares how drug users fared in counties that opened syringe exchanges between 2008 and 2016 with those in counties that did not. Before the clinics opened, upticks in hiv diagnoses or overdoses in one set of counties were mirrored in the other. Once a syringe exchange came to town, outcomes diverged. Rates of hiv fell by 15% in counties with the new programme. But deaths soared. On average syringe-exchange programmes led to a 22% spike in opioid-related mortality.

What has changed? For one thing, intravenous drug abuse is no longer just about heroin. Initially, pill mills in Florida and elsewhere got people hooked on opioids like oxycontin. Easy access to oxycontin was cut off once it was realized that too many pills were being dispensed. Many drug addicts turned to heroin, which was cheaper than illicit supplies of oxycontin. Then fentanyl began to appear in 2013. Fentanyl is cheap and powerful. Almost every illicit drug on the street is laced with it. That made drug abuse far more deadly just as AIDS was less of a threat. Not mentioned but also important is hepatitis C is now curable as well.

The synthetic stuff, which is 50 times more potent than heroin, is responsible for most American overdoses. Now that hiv is no longer a death sentence and opioids are more fatal than ever, the costs of drug addiction are far higher than they were—and the benefits of reduced hiv infections are lower.

Simply lowering the risks of getting sick—and the costs of paraphernalia, as Flaco from the Bronx articulated—could also incentivise drug use. Distributing prep, an hiv-prevention medication, has been shown to make gay men less inclined to use condoms during sex. So too could harm-reduction tools make addicts use drugs more incautiously. In a study published in 2018 Jennifer Doleac and Anita Mukherjee found that when states legalised naloxone, a medication that reverses overdoses, opioid abuse increased. Though lauded by public-health advocates, naloxone did not save lives as intended. In some regions, fewer addicts died; in others, more did.

The study drew anger from harm reduction proponents, who were quick to criticize the analysis. They attacked the findings with the fervour of religious fanatics whose religious dogma was being questioned.

Leo Beletsky, a former drug dealer, now at Northeastern University, deems Ms Packham’s findings “nonsensical” and thinks her paper should not have been published. Don Des Jarlais, at New York University, argues that addicts do not respond to incentives like others do, making the moral-hazard effect inconceivable. Susan Sherman of Johns Hopkins University says she doubts that new evidence that harm reduction does more bad than good would convince her to disregard previous research demonstrating otherwise.

Is it possible that needle exchanges were beneficial years ago but do more harm than good today? Needle exchangers were never designed to reduce drug use. Exchanges were merely designed to reduce the negative externalities of sharing scarce needles. Harm reduction proponents have turned needle exchanges into religious dogma rather than considering the conditions that made them beneficial may have changed. Whether right or wrong, it’s something worth discussing in a rational way.

The study The Economist discussed can be found here